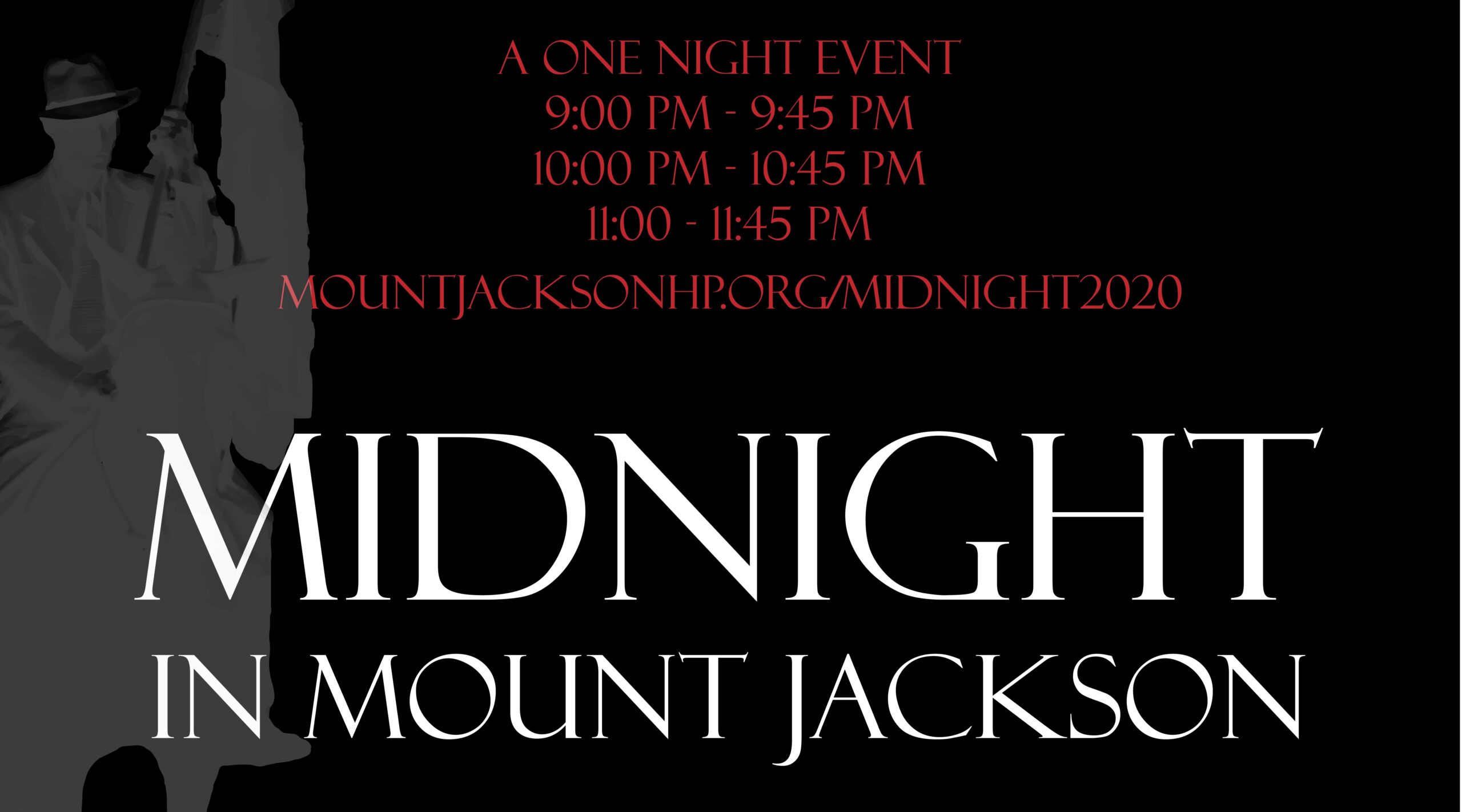 The land on which Mount Jackson situated is from two land grants from the King of England: Benjamin Allen and William White, part of Ben’s original 400 acres set aside for the use of a community center and burial grounds. Prior to the settlement of the area, the land was used by the Catawba Natives. On the land a school house was constructed in order to provide education to the community. A plan for the village of Mount Pleasant was laid out and developed in 1796 by Jacob Reuben for Joseph Miller. In July 1822, Reuben Moore’s will stated:

“I… give the schoolhouse that stands beyond Pollocks on the left of the Main road with about 3/4 of an acre of Land annext to it more or less. I likewise give and add to the house and lot already named one half acre of land I purchased of Alexander Doyle and hold his deed for it. This land be and remain for the free use of a meeting house, school house and burying ground forever to be free for all Christian Ministers of any society to preach in.”

Samuel Kercheval settled in the Shenandoah Valley in the early 1800s. He published A History of the Shenandoah Valley in 1833. In his book, he wrote, “Along all our water courses evidences of Indian dwellings are yet to be seen.” It is entirely impossible that the vestiges of simple wigwams or longhouses would be visible 160 years after the Shanantoa Indians were massacred. Obviously, there were earthworks, stone walls and thick wattle and daub houses in their towns.

Kercheval further stated that elderly residents of the Shenandoah Valley, still living when he arrived, told him that there were many Indian mounds visible when they arrived. The largest was a pyramidal mound about 20-25 feet high at the base of Rudes Hill near Mt. Jackson, VA in Shenandoah County. In Kercheval’s time the mound was still about 15 feet tall. It was destroyed during the Civil War.

It was noted that during the Battle of Rude’s Hill, soldiers on both sides had notices flickerings of light throughout the night. Locals say that the lights are from the spirits of natives who remain in the area following the great battle between the Catawba and the Iroqoui prior to the settlement of the Mount Jackson area. Some say the lights are those of native women searching for the bodies of their loved ones and their weeping can sometimes be heard along the wind.

During the Civil War, 156 years ago General Sheridan marched his men into the Town of Mount Jackson. The people in the Town closed their shutters as the men tromped by with menace in their eyes. For a period after the sound was silent, the people were too afraid to step outside or peek to see if the men had left. Then there was a loud whoom and crack which drew some of the Town’s folk outside as they witnessed Sheridan and his men set the Mill ablaze. Sheridan forced his men to watch as the Mill burned. Among the creaks, whistles, and snaps of the fire eating away at the old Mill, some of his soldiers lurched forward as if they had an urge to throw themselves on the fire. Confused the Town’s people listened closer as the creaks, whistles, and snaps turned into shrieks and shouts of terror, as if people were being burned alive in the Mill.

Numerous other buildings in the Town experienced fires that occurred almost without warning and for no clear reasoning. The Nelson Theatre once caught flame, so did the former Bank Building near what is now Town Hall, and there was once a fire near the railyard, which was also where bodies were unloaded into the Town following the nearby Civil War battles.

Since the first settlers arrive here in the early 1700’s, 665 individuals overall have gone missing without a trace. On April 25, 1945, at the Methodist Church. A group of thirty men, representative of the local churches, members of the Town Council and civic leaders, formed the Men’s Fellowship Group with J. Lee Stoneburner as president. This Group sought to combat the issue of individuals disappearing without a trace, fires that were appearing across Town, lights seen at night, as well as the Woman In White known to walk the streets at night. Due to their research it is known that individuals will disappear every midnight of a halloween that falls on the same night as a full moon. They called the event, the